Virtual reality on a shoestring 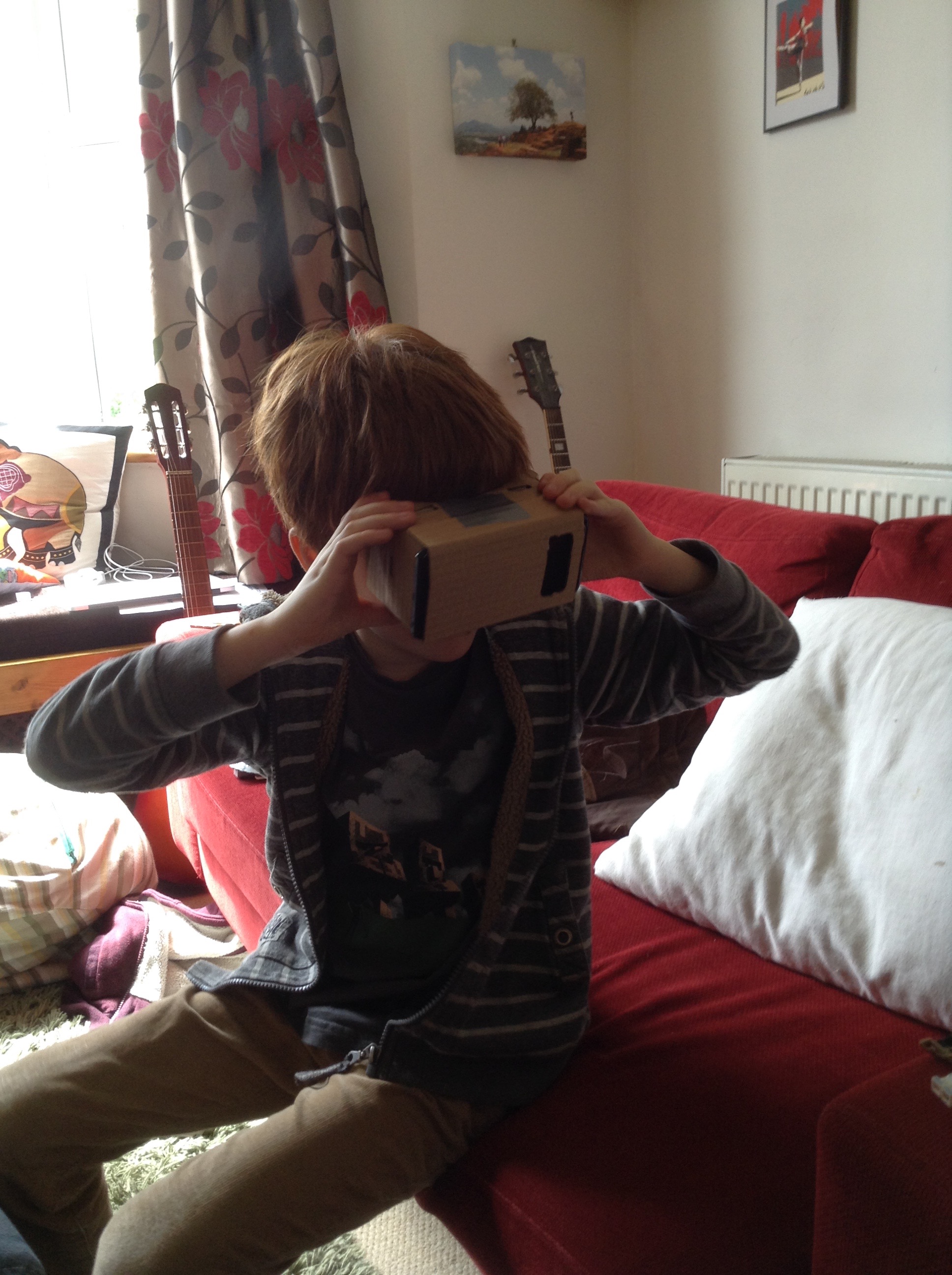 A while ago, Google released Cardboard, an inexpensive virtual-reality system for smartphones running Android. As well as the software, Google has made available the plans for building a viewer which is designed to wrap around the smart-phone, producing a set of virtual-reality 'goggles'. I found this intriguing - but I don't own an Android-based smartphone. I do have an iPhone, and it turns out that there are a few compatible apps available for iOS, including the two which I downloaded onto my iPhone 6: [continues...]

At the Glastonbury Festival in the UK this year, the big story was not so much the performances as the weather. In particular it was the mud which featured heavily, slowing down the processions of bedraggled festival goers as they migrated from one stage to the next. On Saturday, I visited Secondfest after seeing the publicity in the Guardian newspaper. This was a virtual festival, hosted in SecondLife and sponsored by the Guardian and by Intel. [continues...]

A seminar on, and in, Second Life

Today I briefly attended a follow up to the Eduserv Symposium, Virtual Worlds, Real Learning, Revisited which was an entirely 'virtual' event conducted in Second Life (SL). My attendance was cut short by an incident involving a laptop and a three-year old upon which I won't elaborate.... I did manage to rejoin the event towards the end. The event today was, essentially, a seminar, with a 5 or 6 'panelists' and a varying number of audience members (maybe peaked at around 25 - difficult for me to say). [continues...]

(Note - For the purposes of this post, I'll be using the quasi-conventional shorthand of RL to mean 'real life', as opposed to SL meaning 'Second Life'.) Just got back from the Eduserv Symposium 2007 in London. An interesting event which, however you cut it, became essentially a review of the relevance or otherwise of Second Life to education, despite the title of the conference suggesting virtual worlds in general. [continues...]